One of our Wildboar Youth Academy members Josh Byett took a Bronze medal at the British Age Group Championships at Oldbury Academy this past weekend!

Josh competed at 67kg in the Under 15 age category.

This was his second British Championships after competing last year which was actually his first ever comp (what an introduction to the sport).

Josh is actually still only 14 so has 1 year left in this age category, making this feat even more impressive. We wanted to use this competition as a means to see how far he had come over the last 12 months.

Back in 2018 Josh hit a 95kg total.  A 40kg Snatch and a 55kg Clean and Jerk during his first British championships. At the time these were PB’s and gave us a great platform to build from. 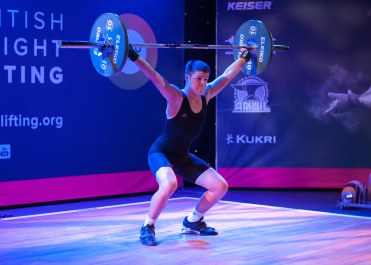 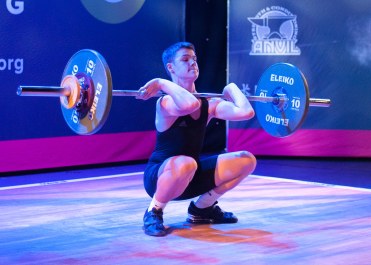 As well as a 55kg Clean and Jerk

Josh’s training for this comp had probably been some of the best we had seen. He had been hitting heavier weights more consistently than ever before, so we were excited to see what he could do on the big stage.

Stepping out onto a platform to lift can be a nerve racking experience and hitting lifts in training can be very different to hitting them on the platform, which is essentially where they matters most!

Josh has competed around 5/6 times in the last 12 months and we believe this has been crucial to his ongoing success within the sport. Competing regularly and putting yourself out on the platform regularly builds good habits and coping skills.

Josh is cool, calm and collected when it comes to competition and relishes the challenge stepping onto the platform brings. A mindset and attitude that will put him in good stead for the future.

This competition put all of those skills to the test. It was a very close competition with 4/5 competent young lifters battling for medals. This was a great experience for Josh to test himself against these guys.

Josh posted a 50kg opener for his Snatch. This was more than he hit on his final attempt last year. 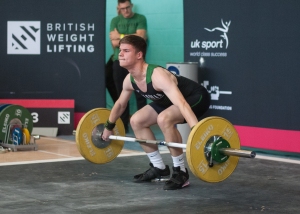 It was a good lift and a great start to his competition. Josh’s numbers in the Snatch were a little lower than his competitors so our aim was to get 3 solid lifts as we knew we could make up some Kilos on the Clean and Jerk.

Josh hit 55 and then 57kg for 3 good lifts and a new PB! This put us in a great position to catch up on the Clean and Jerk and kept us in contention for a medal (which i knew Josh had his eye on).

A great and confident start for Josh. 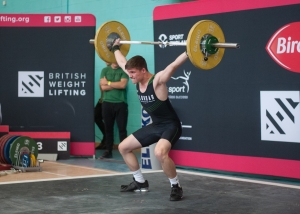 Moving into the Clean and Jerk Josh had posted a strong opener of 75kg. Another lift we had successfully hit in training a number of times.

Josh headed out onto the platform and made the lift comfortably. He had made up some ground on a couple of his competitors.

Josh went on to hit 78kg and finally 80kg for another PB.

Josh finished with a 137kg total, PB’s in both lifts and ended up claiming a Bronze medal in a well contested competition.

This was a 42kg improvement on last years total and we are super excited to continue to build on this and see where the next 12 months takes him. Josh shows great composure on the platform and possesses desirable qualities of a good athlete. At such a relatively young age he has a very bright future in whatever he pursues.

Here are videos of all of his lifts courtesy of Under The bar.